Coding for reliability and low-latency

This project will study efficient network and channel coding for ultra-reliable low-latency communications.

Due to emerging delay-critical applications, such as vehicle-to-vehicle, power-grid control, and wireless multimedia dissemination, low latency communications have attracted substantial research interests recently. However, most of these researches investigate the problem from information-theoretical aspects, namely, performance limits of finite length communications. The practical code design has seldom been studied yet. Moreover, achieving reliability and low-delay simultaneously has seldom been considered. However, in addition to low-latency, reliability is also very critical in these applications.

Actually, most of delay-critical and real-time multimedia applications also require ultra reliability, which can only be achieved through efficient error control mechanism. Clearly, due to delay on feedback and retransmitted signals, retransmission (e.g., ARQ) is not suitable. Probably only coding can provide ultra-reliable in delay-critical communications, especially in the harsh environments of V2V, power-grid communications. Meanwhile, network coding has shown the clear advantages of increasing network throughput and reducing delay. Moreover, network coding can also increase reliability by e.g., providing protection in the networks. The benefits are especially pronounced in grid and ad hoc networks, which capture the topologies of energy networks and V2V networks, respectively. To our best knowledge, very few research results (if there is any) have been reported in network and channel coding for ultra-reliable low-latency communications.

In the project, we (PostDoc and PI) will study the coding design for achieving ultra-reliable low-latency communications. Both network and channel coding will be considered. Channel coding will provide the solutions in the point-to-point transmission. We aim at optimizing coding with short block length e.g., fewer than 100 bits. Meanwhile, optimal decoding schemes will also be found to reduce the end-to-end delay. Preliminarily, some parallel decoding algorithms will be found out. In the scenarios of multi-node networks, network coding will be considered. Low complex and low latency network coding schemes will be proposed. Optimal path selection and network coding will be considered to further reduce delay. Joint with industrial partner, we will implement the research results in the SDR platform of ABB, which may be later used in smart grid products directly. Our objectives to achieve BER in lower than10-8 and round delay less than 1ms in ABB SDR platform. 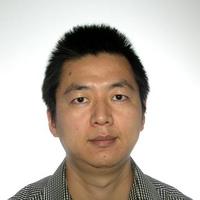 DIVISION OF INFORMATION SCIENCE AND ENGINEERING